Every county depends upon essential services to function properly — police, fire, EMS and many others, including waste services. The Central Kentucky Landfill (CKL) has proudly served Scott County in the latter role for almost 20 years, providing an affordable, friendly service while employing many local residents.

We are committed to safe, responsible operation and have a track record to prove it. We’re also thankful that most Scott Countians recognize our important role in the community.

While it may not always seem like it, having a local landfill is a tremendous benefit and convenience. Our work may not be glamorous, but we are critical to the future development of Scott County. CKL keeps local waste collection rates low for businesses and residents while providing valuable tax revenue to support our schools, roads and other infrastructure.

Local government operated the landfill until 1999 when extensive environmental regulations and increased cost of compliance made it too costly to afford. That’s when Waste Services of the Bluegrass (WSB) stepped in and purchased the landfill. Our operations have since generated millions in local revenue, offered “free dump days” for locals — an annual $125,000 in-kind contribution to the community — and provided reliable and cost-efficient waste disposal for residents.

At the same time, local government agreed that the landfill would also accept waste from Fayette, Jessamine, Madison, Shelby, Woodford and 10 other nearby counties. This was not an oversight. The city specifically included this in its official, pre-sale, permit because it was clear that limiting the landfill to Scott County alone would not be economically viable.

In 2012, we developed expansion plans to ensure that CKL had the capacity and infrastructure necessary to serve the community for the next 20 years. The expansion was unanimously approved by the Scott County Fiscal Court and had preliminary approval from the Kentucky Division of Waste Management which was set to become final in January of 2017. Part of the initial expansion included a multi-million-dollar gas containment and collection system that would not only provide odor control technology, but would also generate significant “green” electricity for our region’s largest employer.

Unfortunately, last minute opposition from a Northern Kentucky lawyer representing an unnamed client brought about a change in position from local government, stalling CKL’s improvements for over two years. This has directly contributed to current odor concerns from the community. Sadly, these misguided efforts have forced us to spend vast sums on legal fees and engineering redesign as opposed to operational improvements that will benefit Scott County for decades to come.

The fact is, we have owned and operated the landfill for nearly 20 years experiencing very few complaints or regulatory issues until the eve of approval for our long-planned expansion. It is only because of a small, yet very vocal, opposition that we are now nearing capacity and dealing with odor control concerns.

Despite these setbacks, we are committed to being a good neighbor in Scott County. We are investing another $1.5 million in a major upgrade to our gas containment and collection system to mitigate odor issues brought about by delays in our expansion. This work began in early February and our goal is to complete this project by the end of March.

This project will allow us to generate even more power to help our region’s largest employer meet their clean energy needs. Scott County waste is truly powering thousands of local jobs.

Incredibly, during the routine permitting for this green power generation system, some local detractors actually challenged the permit to allow these improvements.

While this project will help address the odor concerns, it is not the entire solution. Smartly expanding the landfill’s waste disposal area within our current property is the only thing that will ensure CKL’s viability for the future.

We ask the community to please be patient over the next few weeks as we expand our gas containment and collection system with the drilling of new wells. There will be brief periods when odor may intensify, but we are installing the system in a sequence to minimize this. Weather permitting, the new system will be installed and fully operable by the end of March.

We look forward to serving Scott County as an employer and essential service provider for many years. And we vow to keep investing and innovating to be the best asset we can be for the community.

We are aware that some nearby residents have expressed concern about odor emanating from the landfill. We are working quickly to address these concerns and, weather permitting, hope to complete our $1.5 million odor mitigation process by the end of March 2019.

The current odor issue is a direct result of our landfill nearing its design capacity. In 2012, we prepared expansion plans that would have negated any odor issues and ensured the safe and reliable operation of the landfill for the next 20 years. Unfortunately, our plans for responsible expansion have been repeatedly denied by local government leaving us where we are today.

Despite these costly setbacks, we remain committed to being a good neighbor for our fellow Scott County residents and are drilling new wells to address the situation as quickly as possible.

Expanding the landfill is the only proper solution to ensure the long-term viability of the landfill and to deal with the current odor concerns. However, in the meantime, expanding our gas containment and collection system will decrease odor emissions. The new wells will then convert a significant amount of that gas into renewable energy for Toyota, our area’s largest employer.

What to Expect During Mitigation

Here’s what you can expect as we implement the odor mitigation process: 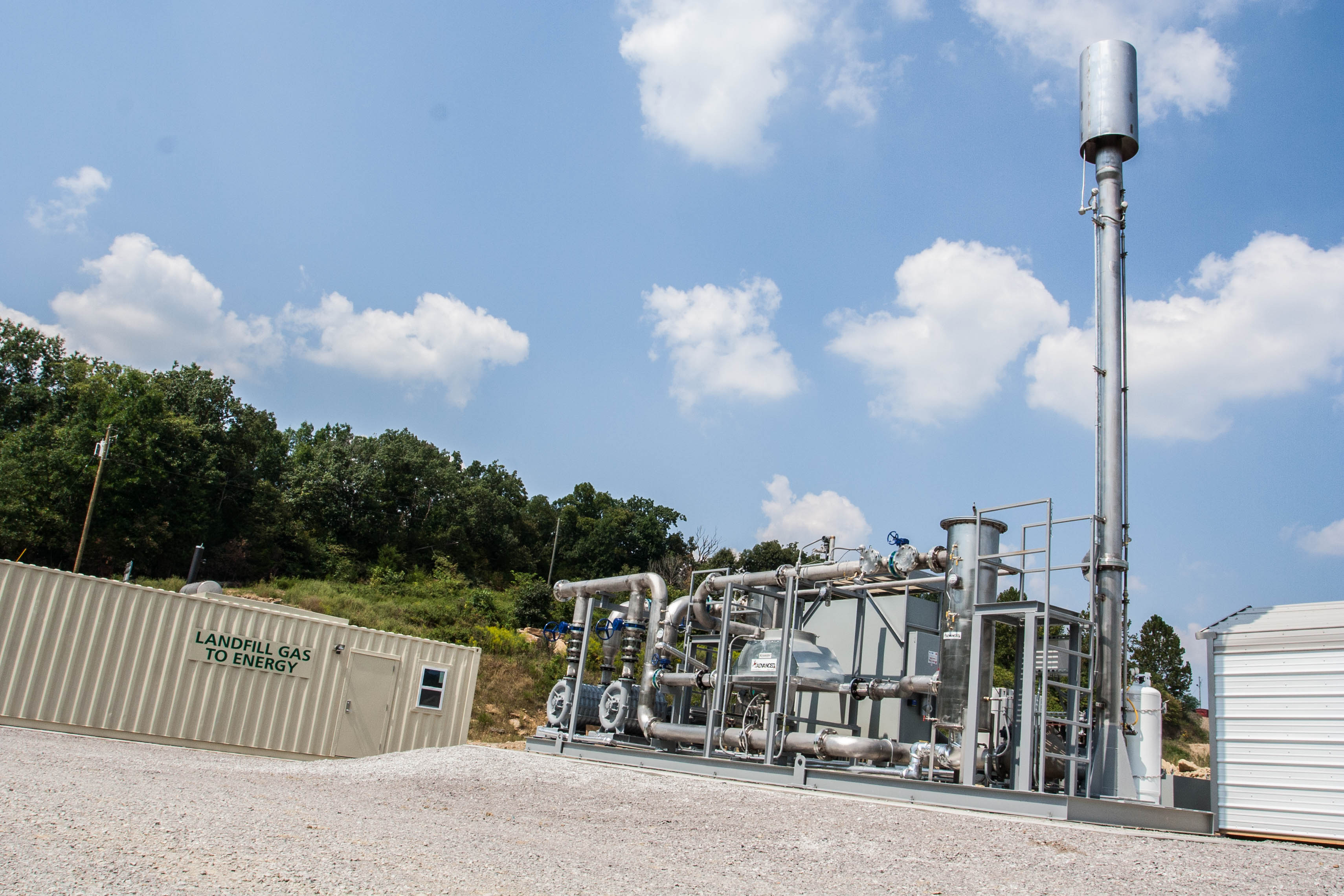 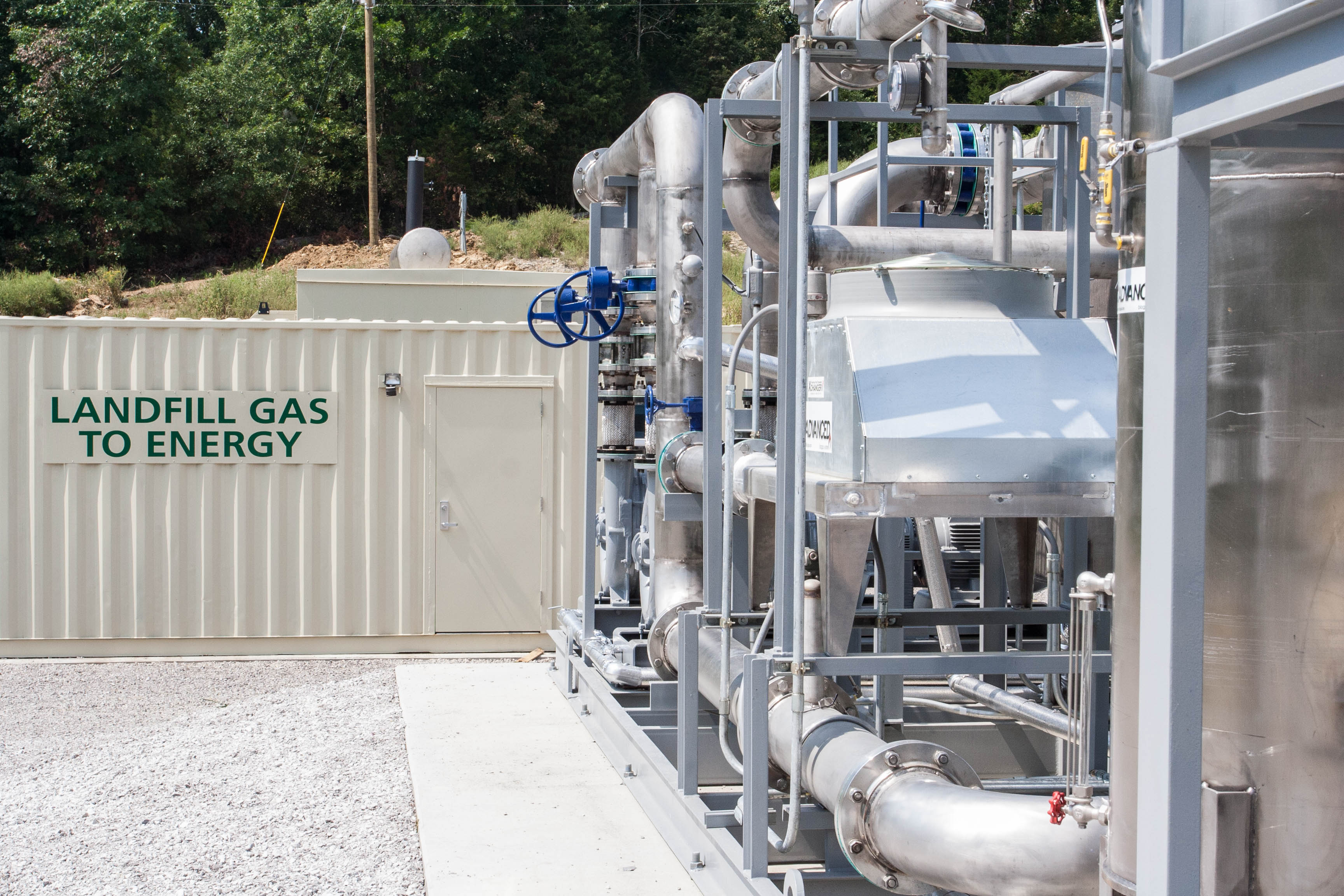 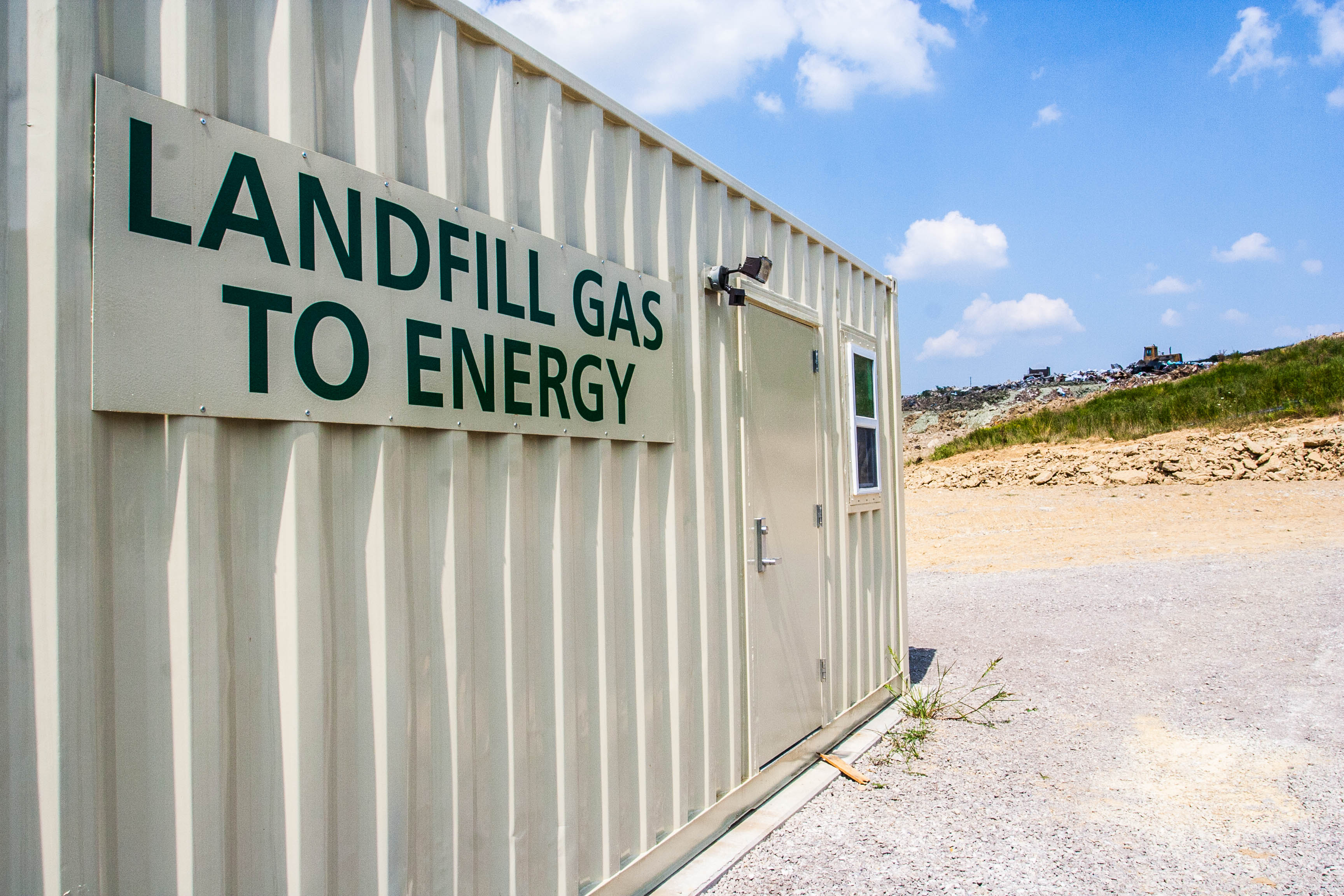 Here’s what you should know about our project timeline: 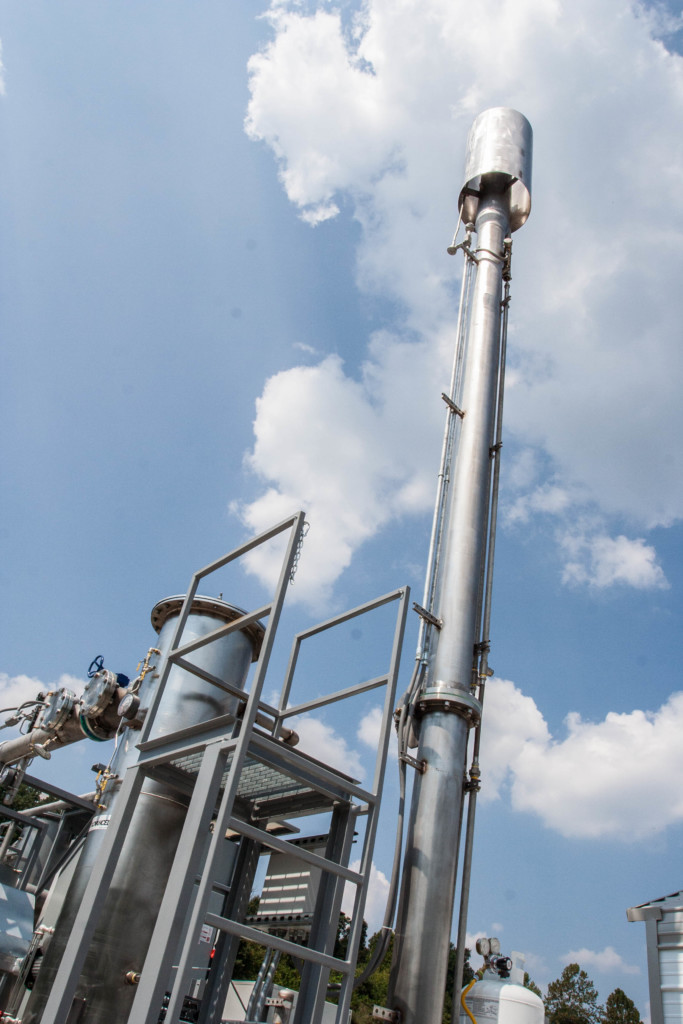 Why is there an odor coming from the landfill?

These odors are a direct result of our critical need to expand the landfill. Landfills work like a pyramid. Waste is stored on one level until it is full, and then another level is built on top of it. At this point, we have reached the top of the pyramid, and our landfill must expand. Our original expansion efforts were intended to address this, and had they been approved two years ago, these odors would not be an issue.

Is the odor dangerous?

No, these odors are a common occurrence at landfills as organic matter decays.

How many wells are you drilling?

We are drilling 15 new wells and two replacement wells at a cost of $1.5 million.

Do you have existing wells like this onsite already?

Yes. These wells are a common method of controlling odor emissions. We have similar wells onsite already.

How will the captured landfill gas be used?

Much of the landfill gas will be converted to renewable energy for Toyota to help meet their clean energy needs. Scott County waste is truly powering thousands of local jobs! Any excess gas will be safely flared off, a common landfill practice.

How long will it take for the odor to go away?

The odor mitigation project will be completed in 3-4 months. As each new well is completed, the odor will rapidly dissipate.

Are taxpayers paying for this project?

Absolutely not. Central Kentucky Landfill is privately owned and operated. We will bear the full $1.5M expense to benefit the community.

Does this affect CKL’s expansion efforts?

We will continue our efforts to responsibly expand the landfill on our existing property. This odor issue should serve as a powerful reminder of the need for our expansion.